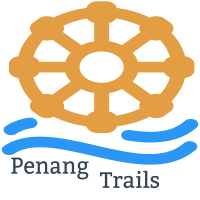 Since the 1930s, lignosulfonates have been used as plasticizers or water reducers. When mixed with concrete, they have the advantage of slowing the setting time and reducing the amount of mixing water required. Furthermore, their use has resulted in improved workability of plastic concrete during formwork placement and increased air entrainment. As a byproduct of the pulping industry, lignosulfonates are inexpensive, and despite their limited performance, they have a wide range of applications for improving concrete quality.

As low-cost binders, lignosulfonates are widely used in commodities such as coal briquettes, ceramics, mineral dust briquetting, and the production of plywood or particle boards. Because of their ability to retain moisture and suppress dust, they are useful in construction, gravel roads, airports, and sports facilities.

Lignin-based concrete additives are in high demand, with aqueous solutions fetching up to $1.05-$1.32/L. Sulphur-free lignin, such as soda lignin, has also been shown to improve mortar flowability. Lignosulfonates can also be used to stabilise immiscible fluid emulsions such as asphalt emulsions, pesticide preparations, pigments, and dyes. They can be used as binders in animal feed and thus improve the feed properties of pellets due to their low toxicity. Furthermore, lignosulfonates have the ability to keep micronutrients in solution, which is useful for micronutrient transport as well as as a cleaning and decontaminating agent in water and soil.

More than 30 years ago, chromium-based lignosulfonates were introduced to the drilling industry. Since their initial introduction, they have been used continuously as water-based mud additives. King described a drilling-fluid additive formulated with metal ions such as chromium, iron, and aluminum during early development work with lignosulfonates. and used lignin liquor The drilling industry has used chromium-based lignosulfonates successfully as drilling fluid additives in a wide range of drilling environments and temperatures.